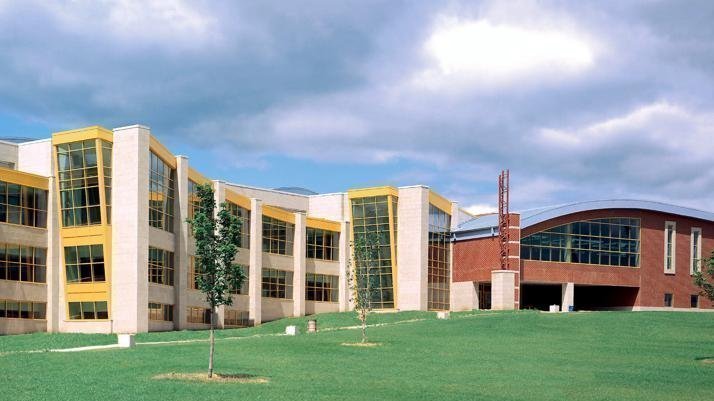 Last week, the Scranton School Board voted to award a five-year transportation contract to Krise Transportation. To say that the awarding of this contract is financially irresponsible would be an understatement. As reported by the Scranton Times, the increase in transportation costs will exceed $1 million dollars per year as a result of this contract, and it’s the taxpayers who will be left holding the bag. The school district says that Krise Transportation came in with the lowest bid and was the best offer they received. This is misleading, and it’s beginning to look like it’s simply not true.

The question, of course, is why? Why put the responsibility and the financial obligations on the people of Scranton? Why give in to this company’s every demand? There were clearly defined terms in the initial Request for Proposal, and numerous companies were more than happy to agree to them. Why, then, award the contract to Krise, who agreed to essentially none of them, and is going to charge us more in the process?

This contract agreement is a slap in the face of the taxpayers in the City of Scranton. Senator Flynn worked hard to obtain $1.8 million in funding for the school district to fix their tax structure. To this point, they have done nothing to help the taxpayers with this money. Every time news breaks about the Scranton School Board, it becomes more and more apparent that the school board, at best, doesn’t have a plan and, at worst, is irresponsible. We believe that the legal advice they have received is questionable, regarding the $1.8 million in state funds Senator Flynn recently secured, regarding the Scranton School District budget, and regarding this busing contract.

The advertised RFP included a clause that allows the school district to discard all of the bids if there were discrepancies, exceptions, or changing conditions from when it was written to when the bids are opened.

It is, in our opinion, absolutely irresponsible for this board – based on the discrepancies in the awarded contract from the published RFP – to be accepted with such a cavalier attitude. One reason given for awarding the bid with the discrepancies was that the rebid process would take two months – and the operator could need nine months to prepare for the new school year. We think any responsible operator can prepare a plan within six or seven months!

What’s more is that they feel they are above accountability. Questions to the school board were directed to Scranton School District solicitor John Audi. Questions to John Audi went unanswered.

We have some questions for solicitor John Audi ourselves. What is your legal opinion on why the $1.8 million was secured for the district and not used? Did you truly think the best thing to do for the city of Scranton was to make an executive decision to do nothing? What is your legal opinion on how, of the number of contract proposals you fielded, the best one was the one you settled on with Krise? Why did the school board not receive the lengthy contract until the day of the vote? Was that really enough time to read and grasp the finer details? This is unheard of in local and state government. Why was there no meeting open to the public to discuss? Why the secrecy?

The taxpayers depend on you to be up-front, yet these decisions are made in the shadows, in closed-door meetings that brazenly skirt the rules set forth by the Sunshine Act – zero transparency. This bussing contract is more of the same. It’s an egregious affront to the taxpayers and we demand answers from the district. Rest assured that we will not stop until we receive them.

There’s still time to do the right thing. We are requesting you re-open these talks before setting this school district down yet another ill-advised path. We’re happy to discuss this with you – in broad daylight – in a public meeting, where the people of Scranton can voice their opinions and concerns with this contract. 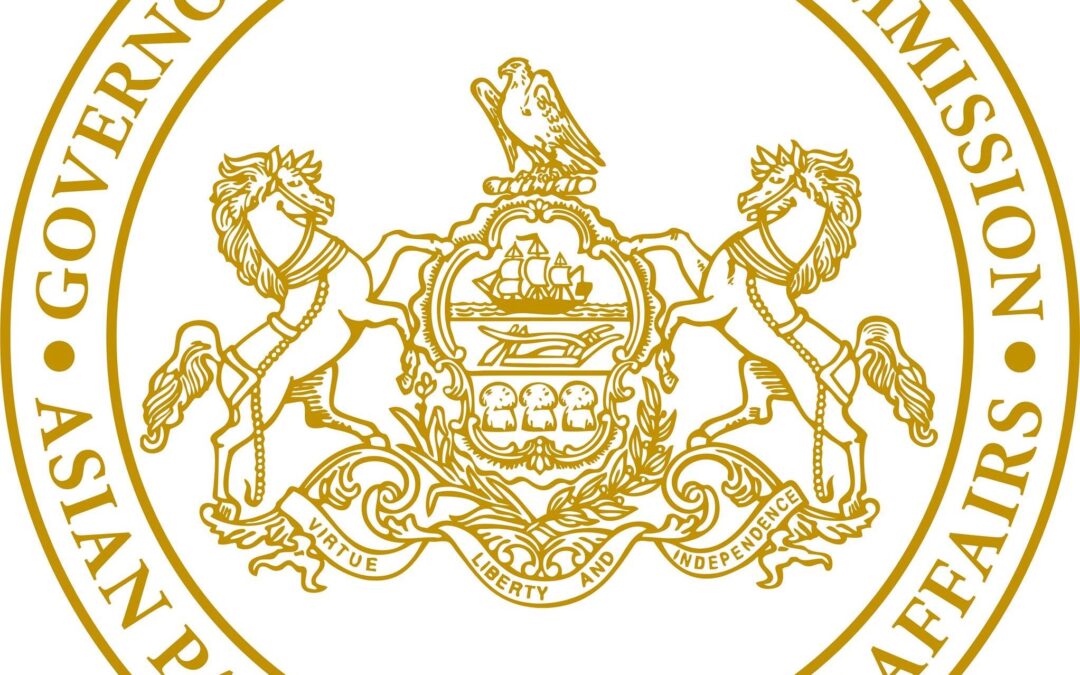 “We know that getting vaccinated is the best way to protect yourself, your family and your community from COVID-19,” said GACAPAA Executive Director Stephanie Sun. “But for community members who have technology, transportation or language barriers, just getting to a vaccine clinic can be more difficult than it should be. That’s why the Asian Pacific American Affairs Commission is partnering with community organizations to promote clinics set up to serve diverse populations in multiple languages, with a focus on helping vulnerable groups overcome transportation and technology challenges. Besides diverse Asian languages, this time in Scranton, we have also organized a group of volunteers speaking Swahili and Spanish to serve African and Latino/ Hispanic community members. We have also seen a spike in flu recently in the community, so we will provide flu shots for free to everyone, including people without insurance coverage. We are helping our community members stay safe and healthy by breaking down barriers to vaccination.”

The Moderna COVID-19 vaccine will be available for first doses, second doses, or booster shots to anyone age 18 and older.

The annual flu shot will be available to anyone age 6 months and older.

“The Lackawanna River Heritage Trail is something our district should be immensely proud of,” Senator Flynn said. “It’s gorgeous and sprawling, but because it spans such a large distance, there are certain points – like the one at Depot Street in Blakely – where pedestrian and cyclist traffic may be forced to intersect with vehicle traffic. We’re making sure that those areas flow as safely and efficiently as possible.”

Blakely Borough will receive funding to improve the mid-block crossing at Depot Street. Improvements will include ADA accessible ramps, flashing beacons to alert drivers and pedestrians/cyclists to slow down and be aware of conditions, signage to encourage sharing the road, and a high visibility colored concrete crossing.

Governor Tom Wolf has shared a full list of projects that will receive 2021 ARLE funding. 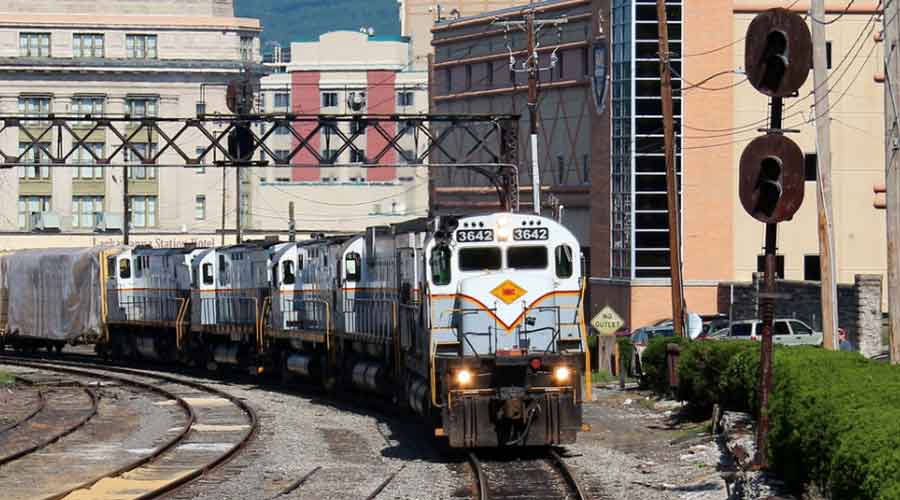 Harrisburg, PA – Today, Senator Marty Flynn announced $1,210,000 in state funding awarded to Lackawanna and Luzerne counties by the Pennsylvania Senate Transportation Committee. The grants were approved for two projects that will enhance freight mobility while creating and sustaining jobs across northeast Pennsylvania.

“These investments in our rail system will bring jobs to the people of our district while making it easier to transport freight into and out of northeast Pennsylvania, which of course is great for businesses,” said Senator Flynn, who serves on the Transportation Committee. “Our community has a rich industrial history, and this will help us carry that tradition well into the future.”

The two grants that received funding in Lackawanna and Luzerne counties are: 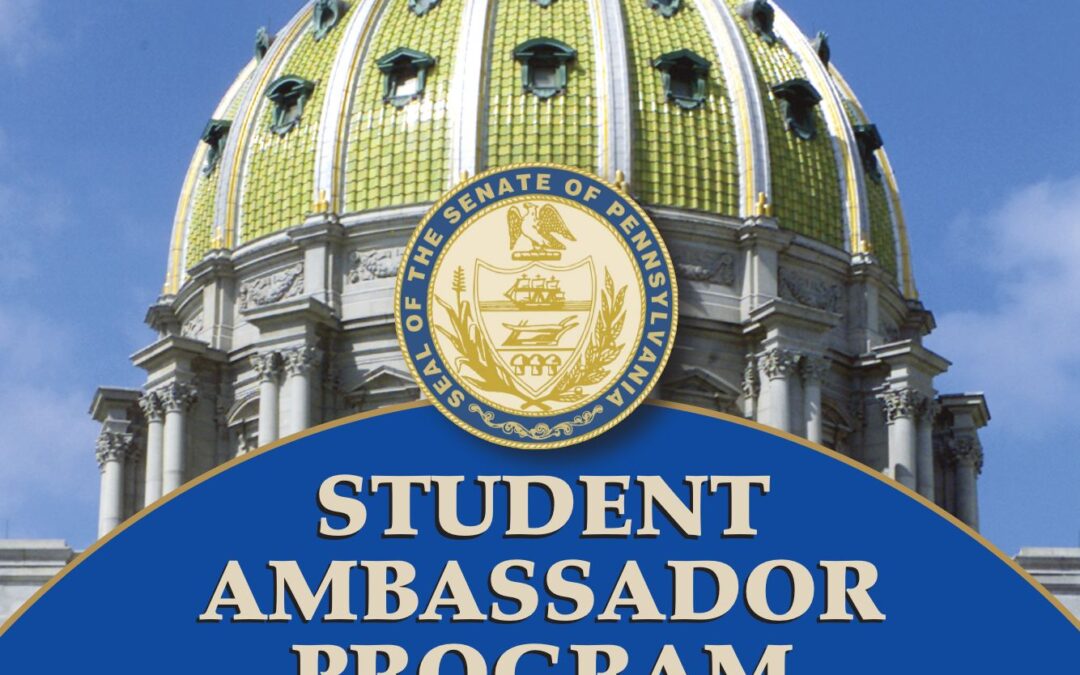 Scranton, PA – December 7, 2021–    Senator Marty Flynn’s inaugural Student Ambassador Program begins tomorrow, bringing together 27 of the brightest, most driven students from each high school in the 22nd Senatorial District. The session starts at 9:30am at Lackawanna College’s People’s Security Theatre in Scranton.

The Student Ambassadors will convene once a month from December through May, with each session focusing on a specific aspect of the legislative process and the students “introducing” their own pieces of legislation at program’s end. Local elected officials – including Rep. Bridget Kosierowski, Rep. Kyle Mullins, and Rep. Thom Welby – will speak with the Student Ambassadors, and the informational sessions will be supplemented with visits to local government buildings. In the spring, they will also take a field trip to Harrisburg to tour the state Capitol building and meet with Senate staff.

Of the program, Senator Flynn said:

“It’s amazing seeing how driven and accomplished these Student Ambassadors are, even as high schoolers. They’re an incredible group, and I’m proud that I’m able to organize this program and allow them to meet, learn from, and inspire each other. There’s a student from every school in my district, so there’s a great amount of diversity when it comes to their backgrounds, experiences, and ways of thinking. It’s going to be a great experience for them, of course, but I’m just as excited.”

The students selected for the program this year are:

Student Ambassadors were selected after submitting an application packet that included a résumé, personal essay, and letters of recommendation from their high school teachers and guidance counselors. 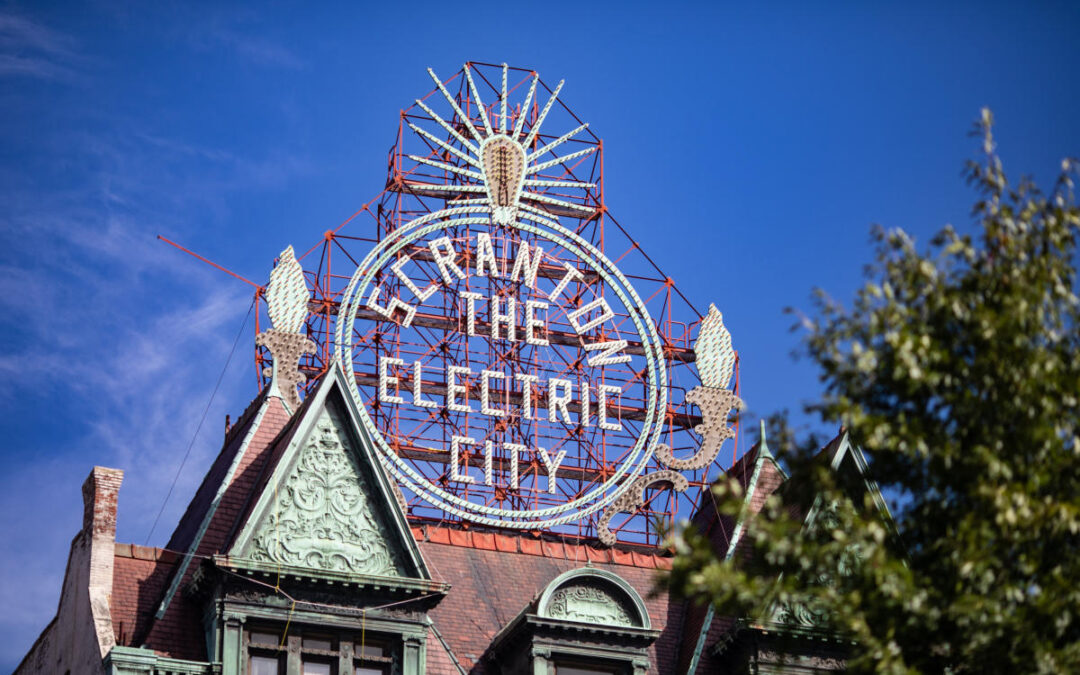 “These projects are very worthy of investment,” said Senator Marty Flynn. “They perfectly embody the spirit of the RACP program – taking an already strong community and making it even stronger and more sustainable going forward. I’m excited to see these projects get underway.”

Organizations and projects that received funding include:

The Redevelopment Assistance Capital Program (RACP) is a Commonwealth grant program for the acquisition and construction of economic, cultural, civic, recreational, and historical improvement projects. Administered by the Pennsylvania Office of the Budget, RACP grants focus on projects that have a wide regional impact and generate substantial increases of employment, tax revenues, or other measures of economic activity.

The full statewide list of projects and awards can be found at: Office of the Budget.