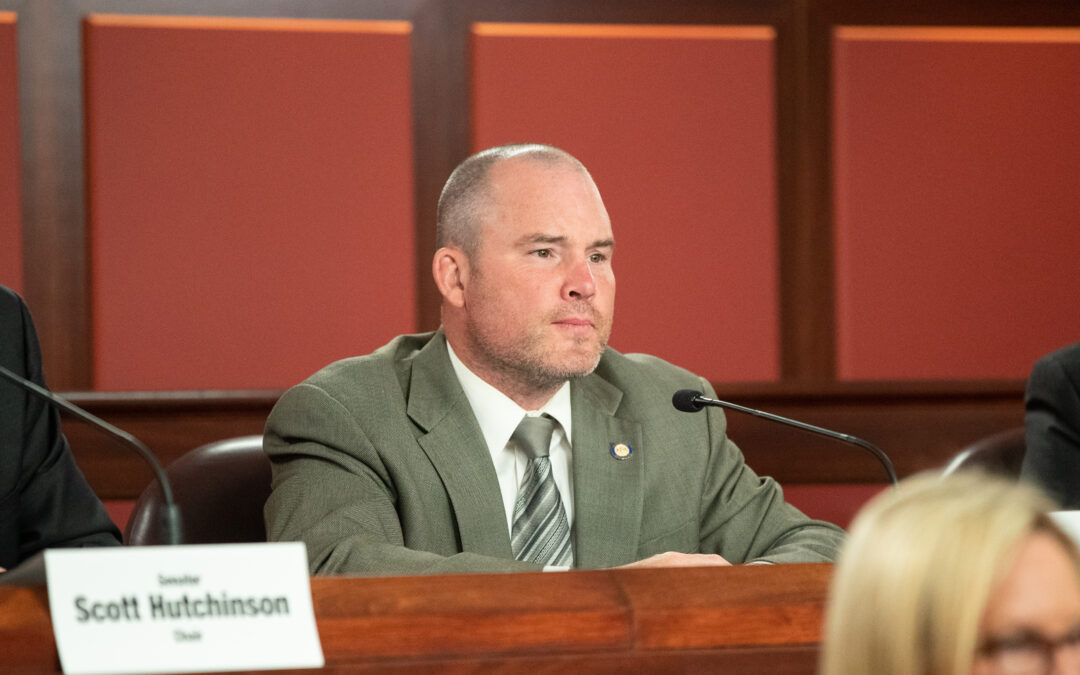 Introduced by Senator John Yudichak (I-Luzerne/Carbon) and Senator Marty Flynn (D-Lackawanna/Luzerne/Monroe), Senate Bill 814 would strengthen the crimes code by adding penalties for fleeing an officer by foot to evade arrest.

Six years ago, Scranton Police Officer John Wilding lost his life in pursuit of suspects who fled the crime scene to evade arrest.

“Officer Wilding dedicated his life to upholding the law and protecting the citizens of Scranton, it’s time for lawmakers to honor Officer Wilding’s service by ensuring no police officer’s life is ever put in danger by criminals who try to evade arrest,” said State Senator Yudichak.

Officer Wilding died on July 12, 2015 as a result of injuries he sustained in the line of duty.

When individuals flee from police officers attempting to lawfully place them under arrest, they create a risk of harm not just to police, but to innocent bystanders and themselves.

Existing statute currently prohibits fleeing from an officer in a vehicle and struggling with an officer attempting to place an individual under lawful arrest, however the statute is silent with respect to fleeing an officer on foot and placing the officers or innocent bystanders at risk of injury. This bill will create a new offense of “Evading Arrest or Detention by Foot.” It’s modeled after a similar statute in the state of Texas.

Officer Wilding was a 2004 graduate of Mid Valley Secondary Center in Throop and attended Pennsylvania State University. He was a 2012 graduate of the Act 120 Municipal Police Officers Training Program at Lackawanna College before joining the Scranton Police Department in April 2014.

“I am pleased that the Senate Judiciary Committee voted today to pass Senate Bill 814, which was drafted in response to the tragic death of Officer John Wilding of the Scranton Police Department,” said State Senator Flynn. “This measure will put some teeth into the law and hold those who harm police, while fleeing on foot accountable for their actions.”

“Just days ago, we had a very moving memorial ceremony for police officers who lost their lives in the line of duty,” said State Senator Baker. “With this bill, we are seeking to clarify a potential gap in current law, and once again take a step to further protect law enforcement and punish lawbreakers whose reckless actions cost the lives of police officers.”

During the 2019-2020 legislative session, the previous version of the legislation unanimously passed the Senate Judiciary Committee. After receiving feedback from advocates and officers around the state, language was included to further provide for the protection of police animals in the event an individual is evading arrest.