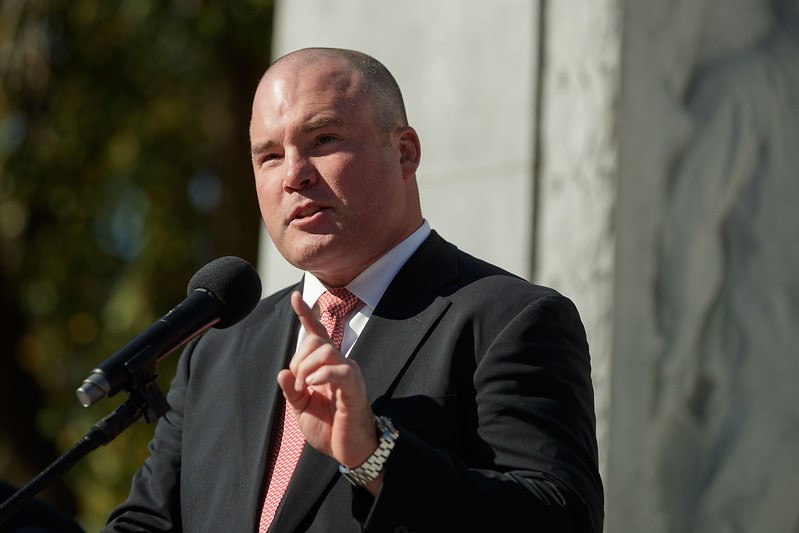 A slightly condensed version of this column appeared in the December 17th edition of The Scranton Times.

This week, I was able to secure a $1.8 million state grant to help the Scranton School District. I was very proud to be able to help the Scranton School Board bridge the gap as they transition from a business privilege tax system to a fairer, more equitable payroll tax. In the November 2019 election, 72% of Scranton voters said they were in favor of making the change. I was proud to be able to deliver for the people of Scranton.

The school board, however, continues to make excuses for why they can’t listen to the voters. They claimed that making the switch was unfeasible because, in the short term, they would lose money during the first year. In the years to come, the payroll tax will prove to be a great benefit to this city; still, they had justifiable concerns. After the last two years saw the school district deal with a pandemic and a labor dispute, they felt the current system – though fundamentally broken – left them better suited to handle the immediate future. This $1.8 million Ready to Learn Block Grant, though, changed the equation. There’s now no reason at all to delay making the change to the payroll tax immediately.

So I was a bit disappointed to learn that the Scranton School Board was unprepared to act. They said that they are exploring their options and trying to figure out if they can make the switch to a payroll tax next year. I truly don’t understand how they are just now reaching the “considering options” stage of the process. They should have been fully prepared for a situation that allowed them to resolve this issue; instead, they seem to be throwing their hands in the air as if they never intended to have to come up with a solution in the first place.

Note the word “claim.” Ultra-successful businesses put an awful lot of time and effort into manipulating the system to their advantage, at the expense of the average, working-class Scrantonian. The words “business privilege” may as well be reversed – it disproportionately benefits privileged businesses. It leaves loopholes for businesses in very profitable fields to exploit so that they don’t have to pay their fair share. The payroll tax has much fewer exemptions, and it’s much easier to monitor and collect. It taxes a percentage of business’ payroll and shares the responsibility among everybody. Because the business privilege tax depends on a company’s profits, it’s more volatile, as well, and leaves the people of Scranton at the mercy of the ebbs and flows of the economy.

Quite simply, the payroll tax is fairer and more stable. There’s precedent, too. In 2010, Pittsburgh did away with the business privilege tax and made the switch to a payroll tax. After an initial period of turbulence, the payroll tax has since provided them with a steady source of tax revenue. All in all, the payroll tax has been a big success for the Steel City. We won’t face that turbulence; that’s what the $1.8 million is for.

Here’s what we’re trying to do. Next month, for the first time in thirty years, Scranton will lose its designation as a “financially distressed” city. It’s plain to see we’ve come a long way in the past few decades. It’s time now, though, to take the next step forward; there’s a lot of progress still to be made. We want to bring businesses into the city. We want to create jobs. We shouldn’t be taking a victory lap now, or resting on our laurels. “No Longer Financially Distressed” is a step in the right direction, but it’s nothing to post underneath the Welcome to Scranton sign. We can still do better.

The payroll tax is fairer for the people of Scranton. There’s no disputing that. There have been concerns raised by a very small vocal minority of business owners who oppose the transition to a payroll tax. Those concerns, while valid, fail to see the big picture and fail to consider the state of our city going forward. The Scranton School Board, for whatever reason, seems to feel the same way as this vocal minority. They are, as they have done numerous times in the recent past, thinking about themselves instead of thinking about the greater good of the city.

The people of Scranton do see the big picture, however, and they are looking to the future. The school board’s fear was dealing with the transition in the short term; we now have the money to carry us during that transition. These are very special circumstances we find ourselves in, so the time to act is now. It’s time to start listening to the voters of Scranton and make the payroll tax happen.