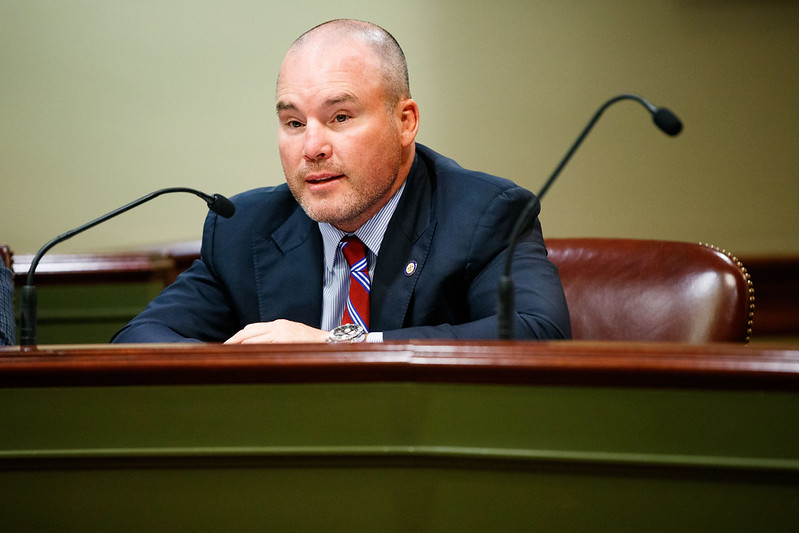 I was very disheartened on Friday when six Supreme Court Justices disregarded 50 years of precedent and overturned Roe v. Wade. While a majority of Americans support a woman’s right to choose, this is still a very divisive issue, and over the years I’ve spoken with constituents from all walks of life to get a sense of how they feel about it and why. Most people feel women should be able to make this decision for themselves, but when speaking with constituents who agree with the Supreme Court’s ruling, the answer I hear most often is “I’m pro-life.”

An issue as complex as this is more nuanced than “pro-choice” or “pro-life,” though, and reducing it to those simplistic terms allows one to take the moral high ground without fully considering how it affects women and, in some cases, young girls. Nobody wants to get an abortion. There are a number of cases, though, where it truly is the only way out of a tragic and potentially fatal situation.

If your reaction to this decision is a vague “I’m pro-life,” I beg you to consider the implications of this decision. Think of the woman for whom a pregnancy could be fatal. Think of the woman who is raped and is forced to carry out that pregnancy, forever reminded of the most traumatic experience of her life. Think of a teenage incest victim, too young to see an R-rated movie without parental supervision but forced to become a parent herself.

I’ve heard people say, “We take care of those young mothers and children.” The sad truth is that we don’t. We’re the only developed country in the world that doesn’t guarantee paid maternal leave on a national level. Moreover, far too many women in America die during childbirth; our maternal mortality rate is far higher than most developed nations’. There are fewer options available for expectant mothers than you might think.

I respect everyone’s religious beliefs, but we can’t make judicial rulings based on them. I believe in the importance of the separation of the church and state. I don’t believe we should be passing legislation based on theology; we are a nation of many different religions, creeds, and beliefs.

When you argue that this is an issue that should be left up to the states to decide, you are saying that women are incapable of making decisions for themselves and that they are not to be trusted with their own bodies. This is about control, and this is about power, and it won’t end here. Supreme Court Justice Clarence Thomas said that with this ruling, the legality of contraception, gay rights, and same-sex marriage should all be reconsidered. This decision opens the doors for them to further take away the rights of millions of Americans.

If you agree with me that women should be able to consult their doctor, their family, and their religious leader before making this very personal choice; if you agree that disregarding long-held precedent and overturning Roe v. Wade was a bad decision; if you agree that abortion must be available to, at the very least, save the life of the mother, or in instances of rape or incest, then it is very important for you to know that seven states and counting have already made abortion illegal regardless of the circumstances. If you think that can’t happen here in Pennsylvania, the Republican nominee for governor has vowed to ban abortion even if giving birth would result in the mother’s death.

I fear a future where women no longer have control over their privacy, their body, or their medical decisions. I do not want my daughter to grow up in a world where she has fewer rights than a man. I do not want a future where a scared teenage girl goes to jail after seeking an abortion. What would prevent overzealous prosecutors from seeking search warrants for women who they believe may have had an abortion, by retrieving phone records, text messages, search histories, medical records – any means necessary. Is this America? If abortion becomes illegal in Pennsylvania, young women will be considered criminals, prosecuted to the fullest extent of the law. I will do everything I can to stop this legislation from becoming a reality in Pennsylvania.

There is a reason Justices Brett Kavanaugh, Neil Gorsuch, and Samuel Alito misled the United States Senate and the American people during their confirmation hearings when they said Roe v. Wade was settled and that they respected precedent. They know how unpopular and hypocritical this decision is. This was pure politics, plain and simple. The sole purpose of the Federalist Society – of which they were members, and who recommended them to Mitch McConnell and the Republican-controlled U.S. Senate – was to reverse Roe v. Wade, PERIOD. Even so, they decided to lie under oath, because they knew it was the only way they’d be allowed to serve on the Supreme Court.

Still, what’s done is sadly done. We have to look forward. The stakes are too high to sit on the sidelines here, and I will do everything I can to help defend a woman’s right to choose in the Pennsylvania legislature. I have to do what’s right for my constituents, for the women and girls of the 22nd District. For that reason, this egregious action by the Supreme Court must be fought at every level of the Pennsylvania government – by the state Senate, the state House of Representatives, and the Governor.